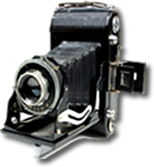 We were on the Heritage when a lot of this footage was shot. Boothbay Region Community Television did an excelent job.